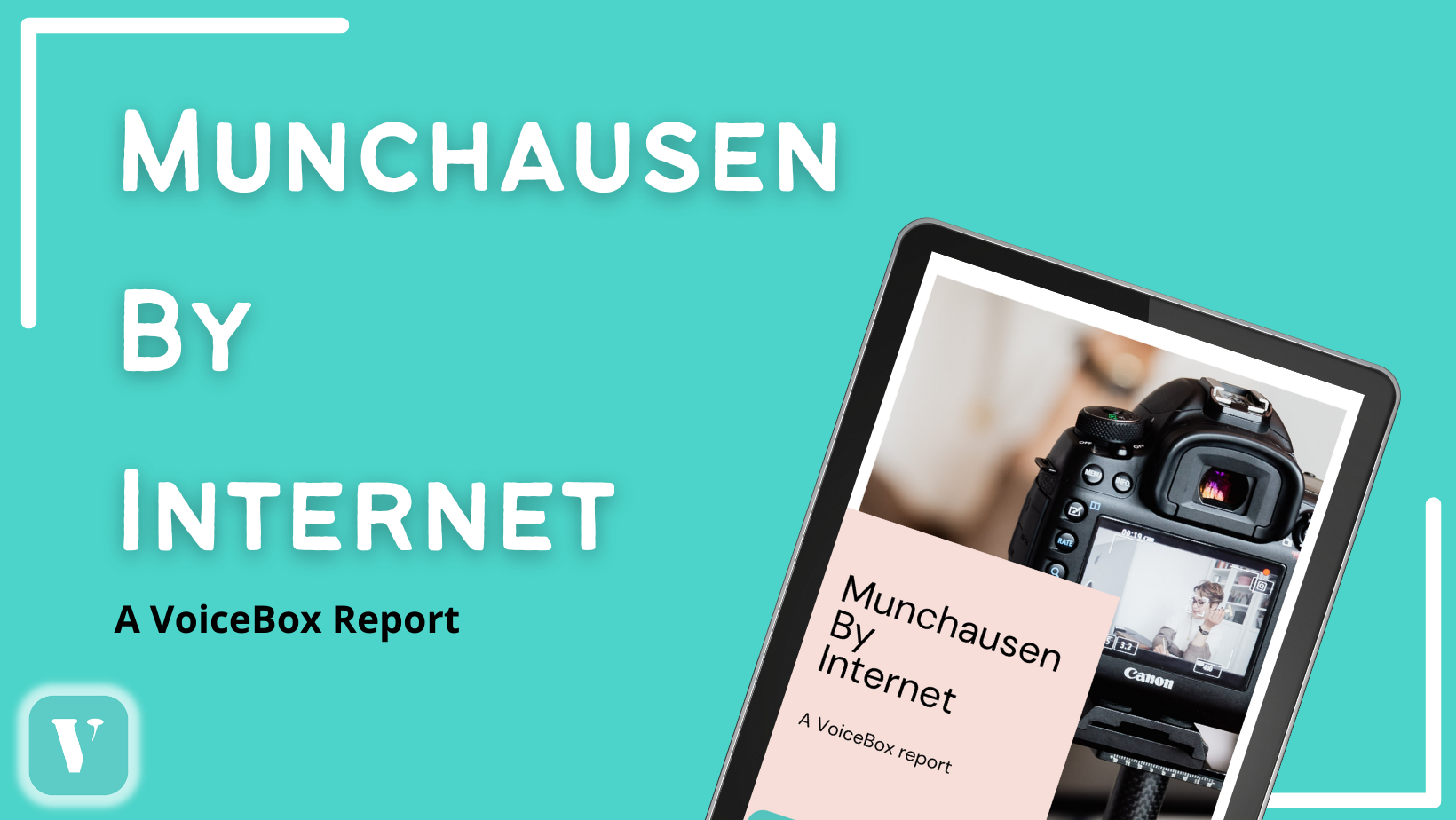 Here, VoiceBox’s director Natalie Foos explains the complexities of “Munchausen by Internet”, and how seeing people pretend to have certain conditions online makes those who really are living with them feel.

Young people are increasingly using social media to discuss their experiences of life with conditions such as autism, obsessive compulsive disorder (OCD), dissociative identity disorder (DID) and Tourette’s. This has been fantastic for raising awareness, allowing young people to connect with a community and share their experiences.

However, in September 2021, we received a submission from one of our content creators, discussing a new phenomenon where young people pretend to have such disorders online.

They portray symptoms such as Tourette’s tics or switching ‘alter’ – distinct personality identities – alongside hashtags such as #faketourettes and #DIDchallenge.

This phenomenon is predominantly – but not exclusively – evident on TikTok, with such “challenge” hashtags racking up millions of views.

The symptoms that are presented in many cases are similar to those of Munchausen by Internet: when a person fabricates or exaggerates a physical and/or psychological ailment online.

No-one wants to suggest that young people are faking concerns around their health, particularly when so much important work has been done to encourage more open discussions about mental health and wellbeing.

However, the words “challenge” and “fake” in the hashtags suggest they are purposefully pretending to have these disorders – something some young people anonymously confirmed to us in our work on this report.

People are quick to respond to these videos, turning to Reddit and YouTube to “fakeclaim” – call out – those that they believe are faking disorders online. While some argue that you don’t need a former diagnosis for your disorder to be valid, others later admit that they faked the condition.

This is an emotive subject, leading to heated online criticism and harassment – even for those who genuinely do live with these conditions, who may be unjustly “fakeclaimed” themselves.

So why would someone fake a disorder in this way?

Feigning and documenting these symptoms could be a way to seek connection with a community or to create an identity for themselves.

“People are more isolated than ever. They need to feel belonging and they want to feel unique.”

People may also be incorrectly diagnosing themselves to make sense of what they perceive as symptoms. There are examples of people who have recognised symptoms in themselves from watching videos about disorders online, showing the positive impact of raising awareness. However, it is important to seek a formal diagnosis from a doctor in order to receive the correct support.

“The actual disorder I struggle with is depression... I think I always knew deep down that I was faking it, but at the time [DID] was a label that I thought worked for me.”

Many young people expressed that this behaviour is naive rather than malicious, and that following trends and dramatising one's life are common teenage behaviours that have simply been amplified online.

However, for those living with a condition, Munchausen by Internet appears to be genuinely damaging and problematic. They may feel unable to speak about their own experiences for fear of being accused of faking, reducing the impact of these platforms for raising awareness and creating greater barriers for often already marginalised groups.

“People faking it doesn’t allow for the people who have the disorders to tell their story in their way.”

In light of our report, VoiceBox calls for tech firms and youth services to work together to understand this issue. We need greater awareness, education and support – for the young people who pretend to have these conditions, who mistakenly believe they do, and those who genuinely do.

We urge that youth voices aren’t merely consulted in these conversations, but invited to lead them.

VoiceBox was launched in 2020 by our sister organisation, Youth Zone, as a platform for young people aged 14 to 25 to talk about the issues that matter to them.

This is important: far too often, conversations are had about issues affecting young people, without offering them a say. VoiceBox aims to change this – to let young voices set the agenda and speak for themselves. The team’s articles, features and reports – compiled by contributors from around the globe – raise awareness and understanding of the issues important to young people right now.